At the Texas border

I am about to leave LA so I will briefly review my trip.  I left Alexandria and crossed the Qal (Quaternary alluvium, less than 10 KYA), as seen this photo; Alexandria is where the coin is. 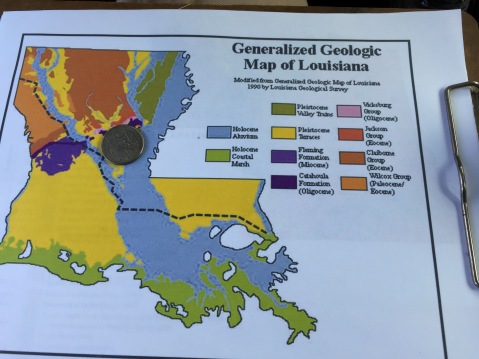 The dash line is my path. As I drove north, the pink Qal was flat with farms but where I crossed exposures of the Pleistocene terraces (aka Pt), linear ridges were present as seen in previous post. As I crossed into the Miocene sedimentary rocks (light purple), the terrain became hilly until Shreveport (westward turn near top of path). However there was much more variability than the map suggests. Here is photo of hilly Miocene 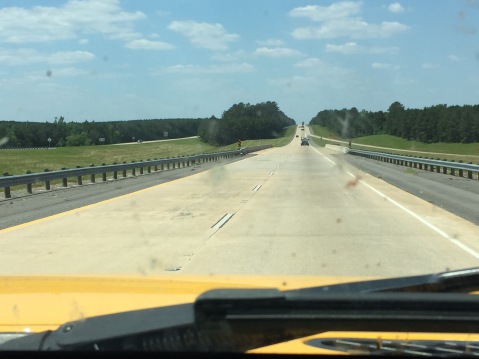 I am now at Love’s in the Paleocene Wilcox Group, but there is a deep-crustal uplift (Sabine Arch) and erosion has revealed the younger Eocene Claiborne Group sediments at Gilmer.